An Image to Live Up To 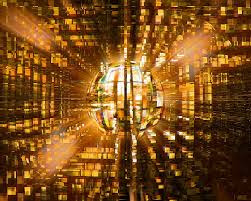 In my younger days while experiencing my first experiences in the welfare arena, I was accepted into a motor cycle group of people as being no threat to them. Even though I was within my own element, my own reality as a spiritually aware person that was involved in welfare work, I was well accepted and trusted. In this case I am talking about bikers, motor cycle clan members, from and areas of Sydney, hard core bikers.

Even to the average person as opposed to a new age spiritually aware person, you could easily say I was interacting with very negative people. It's hard to be in a more negative situation in relation to the biker's business side of their live; even the social side of their lives was daunting at times.

However, at no time did I critically judge that I was in a negative situation while interacting with these people, yes, it was quite daunting at times but I didn't critically judge it as negative. And no, I wasn't apart of their business side of things even though they would freely talk about this in front of me but only to a certain extent.

You see, once you get to a certain point of spiritual development, you begin to no longer judge what is or isn't negative or positive no mater what circumstances you find yourself in. In saying this, at times I do still judge a circumstance as being unbecoming. Just because something is unbecoming though, doesn't make it instantly negative, it's still simply unbecoming. I was at times quite uncomfortable in the presence of these bikers only because it wasn't my scene, my way of life. Just because it's not our way of life and living life, doesn't make it negative, it can be simply unbecoming void of critically judging a negative.

During my time when interacting with these bikers, a bloke who was a dealer in cannabis came up to me one day and stated, "I wish I could be more like you but I have an image to live up to". To me, an image like this is likened to an ideological ism we often try to live up to, our egos control us to that much of an extent that we have to live up to the image that our egos have created.

As our reality has found itself in an unbecoming situation, we can ourselves just simply find ourselves in this kind of situation personally, the trick is, is not to become what you are apart of. Be simply what other people around you wish to be and not what the ego desires you to be.

Once we become free of this kind of control, we become less bias and prejudice in our judgment of anything not of our own reality. When judging everything not of our own reality as negative, to be honest, we couldn't be more bias and judgmental even when our ideological ism is about not judging in this way. We are in an age of false prophets, an age of deception; we can all be fooled in this way.

Even in my younger days, I was not fooled in the company I kept at times. To judge my company simply negative would to be of my company instead of only apart of my company. Be very careful in judging your company as simply negative, only in being aware of this can we reach a stage where we no longer judge like this.

I would also like to say that I have assisted many people in my life, including disabled people; no doubt far more people than most spiritually aware people have simply because I didn't critically judge my present company or environment. Yes, I am often aware of my company and environment and vocal of this at times, but I am not in critical judgment of simply because there is no perception of negative and positive!!

Ideological isms can and often do separate everything in turn creating the reality we have today. It's simply the image we try to live up to that creates such a separated hostile reality and environment, when in all, we simply don't have to live by an image to start with. It's simply all to do with the ego deceiving us into living by an image.
Posted by Mathew Naismith at 17:22